Conventional ‘scientific’ studies of interaction with our surroundings and environment have conditioned us to understand quantifiable entities and relationships. This means we understand more easily observable realities than what cause them. For example, an individual’s health is viewed to be governed directly by the individuals’ behaviour (such as smoking, drinking and dietary habits) and thus for all intents and purposes individuals are held directly responsible for adverse health outcomes. However, a collection of individuals form a community and society that creates cultural and political variations, which means that the processes that govern an  individuals’ health are themselves governed by other processes resulting from the social and physical environment, see Fig. 1.

In other words the inter- and between and over time process activities are not directly measureable and hence become non-entity ‘realities’ as random effects or chance effects. However, the possibility that we may never be able to translate them into observable realities does not mean indirect relationships do not exist and should be dismissed – but we can investigate the various relationships to provide some guidance and inform the process of policy making.

The models in Figs. 1 & 2 facilitate visualisation by placing the process of interest at the centre in relation to other processes. For example, if transport is the subject of an investigation, then this is the central process and all the other processes are its satellites. It must be noted that each satellite is a central process in its own right and with its own satellites. This is the Good Life model approach – see (Shahtahmasebi, 2006).

As an example, consider the case of a biochemist researching cyanobacteria (blue-green algae) whose research had been confined to the lab until she became involved with the Good Life model (Fig. 1 & 2). To use this mode she needed to move the ‘environment’ process to the centre with other processes acting as satellites. In order for the biochemist to visualise this process, the biochemist was encouraged to visually document her activities thus linking her small samples of water with the wider environment and human behaviour. Her insight into what and why she was researching changed from her isolation in the lab to multidimensional and multidisciplinary research that informed decision making which can be seen in the following pictorial comments.

A change of research environment after adopting the Good Life Model: selected pictures

Picture 1 – River X: for the researcher the sample was no longer a test tube of water in the lab… it is a dynamic environment … 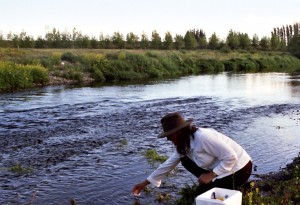 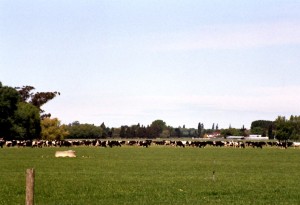 Picture 5 – River X (the sample): effects of pollution on the ecosystem where it is used recreationally: Periphyton Mats

Picture 6 – River X (the sample): A source of family outings/recreation 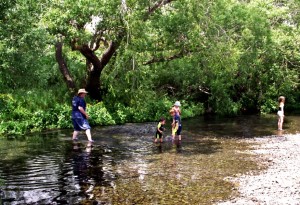 Picture 7 – River X (the sample): A source of recreation and fun!

Soon after viewing these pictures the researcher recognised the interconnectedness of the various processes and realised that any policy action must be developed not just by those assumed guilty of polluting the waterways (dairy farmers) but by the whole community.